By Steve Windwalker on November 1, 2010 in Uncategorized

(Ed. Note: Thanks for Rudy Kerkhoven for granting permission to cross-post this interesting look at his successes and learning experiences during the first 10 weeks of his launch of a new independently published book. –S.W.)
Also, be sure to check out:

Ten Weeks in Review: What Worked, What Didn’t

Posted on October 31, 2010 by rudykerkhoven
In August, when I first learned about publishing with Amazon’s DTP, I knew absolutely nothing of what to expect.  While I found a few blogs where authors included a few detailed experiences of how their first few weeks and months went, too many were from established authors or those few who got very, very lucky.  So, that’s why I focused by blog on these details I couldn’t find elsewhere.
So, to begin, here are my sales graphs in the 10 weeks since “The Adventures of Whatley Tupper” has been released:

I now want to continue on from a post of mine in September, telling what worked and what didn’t, in my own case, in the last 6 weeks.

Kindle Nation Daily.  I went into detail about it in a previous post here, and the sales spike from this one-day sponsorship stand out in the above sales graph without any need for labeling.  Although I haven’t noticed an ‘after-glow’ from it, that doesn’t mean there isn’t or won’t be one, and either way, who cares. Any advertising that can pay for itself in a single day has to be worth it.  Every book I will release, I will utilize this extraordinary advertising tool, although I do think the gimmicky genre of my book helped (and I don’t expect the same results when “The Year We Finally Solved Everything” has its KND sponsorship on December 7th).  And it does seem like the $79.99 cost for the one-day sponsorship has stabilized.  I think it’s a fair price.

This has been great, especially for a free service.  If you look at the sales graphs, you can see a second spike just in the last few days which I can attribute to DailyCheapReads.  Unlike many other blogs/websites that have a daily feature on an indie book, DailyCheapReads seems to have a reader base that extends beyond other indie-authors.  So, when your book ends up on DailyCheapReads, you’re not just preaching to the choir.  All told, in the two days from my book’s posting on DailyCheapReads, I had more than 20 sales.  That’s more than I had in the previous 2 weeks.  But, there’s more to this…

I’ve mentioned this before and I know it’s a contentious issue because people aren’t really supposed to promote their books on these forums.  However, I was lucky enough this time to get someone, who picked up my book after reading about it at the DailyCheapReads site, to start her own thread promoting my book.  As soon as this discussion started, sales started picking up again.  I really think this is one of the best ways to get noticed by customers who don’t frequent KindleBoards and those other websites and it wouldn’t have happened without the DailyCheapReads posting.

What Didn’t Work (or I can’t tell)

Author Interviews.  I’m wary about writing this.  I’m saying this just in terms of what I’ve noticed in terms of sales.  By no means do I think that an author interview has no merit, but I don’t think it has a noticeable effect on sales.   Honestly, the people who read interviews with authors are people who have already heard of the authors.  I don’t think it does much in terms of opening you up to new readers.  THAT SAID, the fact that these interviews remain online and can be stumbled up by people at any time afterward cannot be discounted.  But it also can’t be measured.  Same thing with…

Indie-Book Websites.  Again, I’m wary of writing this.  And, again, the fact that these postings remain online indefinitely is great.  But, for most of these sites, it seems the readers are the same people who frequent KindleBoards and other sites where they are likely familiar with your book already.  In the end, I didn’t notice any change in sales after being posted on most of these.  The effects could very well be more long term, or unconscious, but they are not obvious.   That said, I do plan on utilizing these for my next books (that said, if I haven’t pissed anyone off with this posting!)

In mid-November, “The Adventures of Whatley Tupper” will be the KindleBoards Book of the Day.  Also, I’m still waiting for a few more reviews (some I’m sure are on their way in the next month, some I’m still hoping).  I’ve yet to receive any reviews from a long-established book reviewing site, and I imagine a positive review on one of these would be extremely beneficial.  Here’s hoping.

Finally, I’m going to stop detailing all of my sales quite soon.  At the 3-month mark, I think that will be it.  I do find it a little tacky when established writers continue to talk about their sales (maybe it’s because I’m Canadian, and it sounds too much like boasting, and I don’t like boasting), and while I’m hardly established, I think the point of my blog so far–detailing one un-established author’s sales after releasing his first ebook–will have run its course. 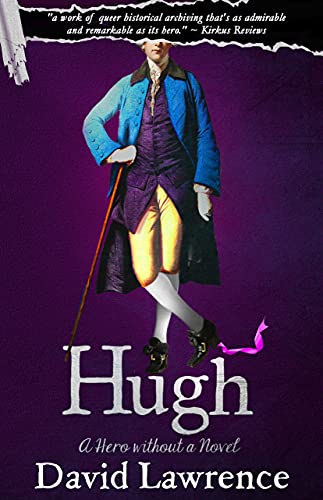 Hugh: A Hero without a Novel
"‘Hugh’ has the flavour of a queer Tom Jones or a queerer Tristram Shandy. Intriguing, ambitious, and pretty damn delightful. This is a genuinely impressive accomplishment...a unique and exhilarating journey. I think the only way to experience anything quite like it would be to literally read Smollett, and ‘Hugh’ is, honestly, a lot more fun.” – Alexis Hall, author of Boyfriend Material This romp through 18th century England is like...
Hugh: A Hero without a Novel
by David Lawrence
is a sponsored collaboration between
BookLending.com and Kindle Nation Daily.
For more information, click here. 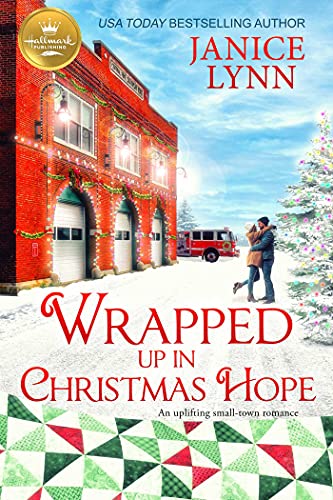 Wrapped Up in Christmas Hope
Morgan’s late husband was a daredevil…and now she’s a widowed single mom. All she wants now is to set up a stable life for herself and her son in the small town of Pine Hill, Kentucky. Andrew’s a firefighter who thrives on the rush of saving others. His secret dream is to become a smokejumper and fight raging wildfires across the country. But it’ll mean leaving his hometown and the people who rely on him. Morgan and Andrew are drawn...
Wrapped Up in Christmas Hope
by Janice Lynn
is a sponsored collaboration between
BookLending.com and Kindle Nation Daily.
For more information, click here. 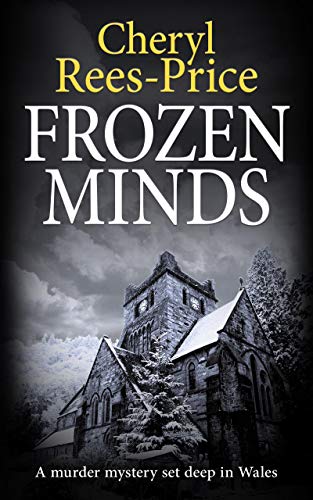