Chris Higgins from Mental Floss rounds up the best quotes from Neil Gaiman on writing… Support our news coverage by subscribing to our Kindle Nation Daily Digest. Joining is free right now! 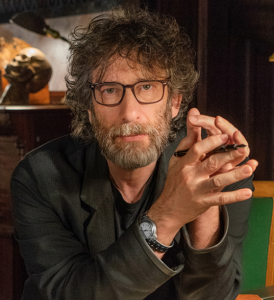 In an NPR feature, Gaiman discussed the stop-motion animated film Alice by Jan Svankmajer. In that interview, he made an important point for writers of stories for kids:

Kids are so much braver than adults, sometimes, and so much less easily disturbed. Kids will make their nightmares up out of anything, and the important thing in fiction, if you’re giving them nightmares, is to demonstrate that nightmares are beatable.

2. On Learning to Write as Adventure

From his now-famous 2012 commencement address at The University of the Arts:

I learned to write by writing. I tended to do anything as long as it felt like an adventure, and to stop when it felt like work, which meant that life did not feel like work.

More from the same commencement address:

When you start off, you have to deal with the problems of failure. You need to be thickskinned, to learn that not every project will survive. A freelance life, a life in the arts, is sometimes like putting messages in bottles, on a desert island, and hoping that someone will find one of your bottles and open it and read it, and put something in a bottle that will wash its way back to you: appreciation, or a commission, or money, or love. And you have to accept that you may put out a hundred things for every bottle that winds up coming back.

One more nugget from that commencement address:

The problems of failure are hard.

The problems of success can be harder, because nobody warns you about them.

The first problem of any kind of even limited success is the unshakable conviction that you are getting away with something, and that any moment now they will discover you. It’s Impostor Syndrome, something my wife Amanda christened the Fraud Police.

In my case, I was convinced that there would be a knock on the door, and a man with a clipboard (I don’t know why he carried a clipboard, in my head, but he did) would be there, to tell me it was all over, and they had caught up with me, and now I would have to go and get a real job, one that didn’t consist of making things up and writing them down, and reading books I wanted to read. And then I would go away quietly and get the kind of job where you don’t have to make things up any more.

When asked about rejection on Tumblr, Gaiman replied:

First I got really grumpy, and then got very determined to write things that were so good that not even the stupidest most irritating gatekeeper alive could reject them.