Amazon Crossing, the company’s literary translation imprint, is now the most prolific publisher of translated literature in the US.

Amazon Crossing, Amazon’s publishing imprint focused on literary translation, was first announced in May 2010. Since the release of it’s first title, the imprint has published more than 400 books, from 42 countries and in 26 languages, and become the most prolific publisher of translated literature in the U.S, according to Ed Nawotka from Publishers Weekly. 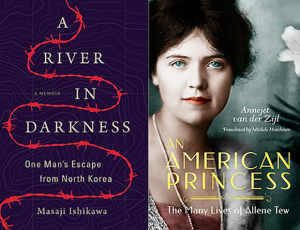 Amazon Crossing has also produced some of the bestselling titles to emerge from Amazon’s publishing platform, including The Hangman’s Daughter by Oliver Pötzsch, which has reached more than 800,000 readers according to the company, and Petra Durst-Benning’s The Glassblower, which has reached 329,000 readers—both translated from German. (Amazon opts to quantify the success of its books in terms of “reaching readers,” which encompasses sales for the book across print, digital, and audio, and downloads from Kindle Unlimited.) Among the imprint’s other popular fiction writers is Marc Levy, whose P.S. From Paris reached 95,000 readers; Levy, arguably the bestselling author in France today, has published four books with Crossing, with the fifth being A Woman Like Her, in May 2020.

Since its launch, Crossing has focused primarily on fiction; a few early efforts at nonfiction failed, but it has slowly returned to the category, and with promising results. In early 2018, Crossing published A River in Darkness by Masaji Ishikawa, the story of a man’s escape from North Korea, translated from Japanese. Surprisingly, the title landed on the New York Times bestseller list for audiobooks and has become the imprint’s third-most-popular title, reaching 131,000 readers.

Crossing editorial director Gabriella Page-Fort credits the success of the book to its direct tone, noting that the original title translates to The Hell with This! “It’s not a happily-ever-after story, where he makes it to America and is living out the American dream” she said. “At the time of writing it, he was confident his family in North Korea were probably dead. When I acquired the book, it was with an enormous amount of trepidation, but the results have really pleased me.”

The next nonfiction book published by Crossing was more conventionally palatable: An American Princess by Annejet van der Zijl, the story of a 19th-century American adventurer who remade herself into European royalty, originally published in the Netherlands. It became a Wall Street Journal bestseller and has reached 113,000 readers.