I recently noticed an interesting Tweet that gets right to the heart of so many issues that authors are thinking about when we try to make decisions about publishing for the Kindle and other new technologies: 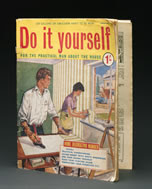 got a print deal after starting on Kindle?Any good arguments to tell her?

The Kindle is at the forefront of technological change that opens all kinds of new doors for authors, publishers, and anyone who likes to make reading an interactive experience. As with every medium, channel, or form of communication or commerce, there will be dreck (as there is plenty of dreck available from mainstream publishers).

First, there have been people who got print deals after starting on Kindle, and here’s one of the most thoughtful and interesting analyses of the most recent big deal: A Kindle Success Story: How to Promote a Kindle Ebook

Second, you may not see it coming yet, but we are approaching a time when a confluence of sea changes in reading habits, consumer practices, and technology will mean that asking a Kindle book author if her book has also been published as a “real” book will be like asking a musician if her album has been released in vinyl. Serious authors from Joe Konrath to, well, me are already making a decent living from the Kindle editions of our books.

Third, all of this will work best when it works as it often works with indie music and indie movies, with readers lighting the way for other readers so that the feedback becomes the filter.

Fourth, just to take it back to the totally understandable vanity issues that are implicit in the original tweet, I hope you will enjoy the bit of dialogue included in my post The Romance of Submission, a chapter excerpted from my book Beyond the Literary-Industrial Complex.

Update: In case you were wondering if the Boyd Morrison book described in the above-referenced post really existed, here’s proof:

Between Morrison, Amazon, and his new publisher, they have endeavored to wipe out all traces of the Kindle edition, but entering the ASIN from Amazon’s main page still gets you this search result that links to a 404-page ghost.