By Paula Reichwald on February 3, 2017 in writing

We all want to make our characters compelling and having depth. I don’t know about you, but I have read some very good serials that have kind of lost me at the end because the hero/heroine was too perfect and always good.  No one is like that. Even Mother Teresa had her doubts. That is what makes a character relate-able and interesting.  Write To Done‘s Jack Woodville London has ideas on how to help you make your characters more interesting. 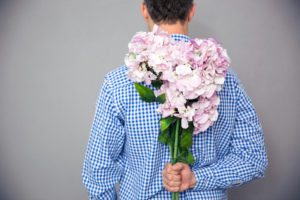 Would you like to create memorable characters? Of course you would!

But where do great characters come from?

Suppose someone walks into a store and asks, “May I see what you have in a nice .30 caliber hollow point?”

If this character is a combat infantry squad leader or deer hunter, if his greatest achievements are his marksmanship and taking a life here and there, you’d expect that he’ll think of buying bullets and shooting something.

But what if it’s 87-year-old Sister Agatha, who’s had enough of the bishop’s meddling with her side business in the communion wine trade?

She’s someone I want to know more about!

What makes Elizabeth Bennett of Pride and Prejudice interesting?

It’s more than just her clever observations as a woman who won’t be treated with disrespect by a rich man; she is a clever woman wearing blinders, who discovered that it was she who was proud and prejudiced.

As for Monsieur Dantès of The Count of Monte Cristo, he sought (and got) revenge on those who buried him in the Chateau d’If, but didn’t know when to stop, becoming as bad as the people he hunted down and ruined.

Both became classic characters because the resolutions of their stories came with their realization of how wrong they had been all along.

They turned out to be different than who they, and we, thought they were.

They also turned out to be people that we think, deep inside, we could be.

This is a good place to restate the classic rule of character development: no hero should be without a flaw, no villain without a bit of good in his heart.

But to make them memorable, each must have something in their character that is different than our expectations, and theirs.

If you liked this article, please share. If you have suggestions for further articles, articles you would like to submit, or just general comments, please contact me at paula@publetariat.com or leave a message below.

Quick Links: Passing Time Is The Secret To Improving Your Story