By Paula Reichwald on February 10, 2017 in writing

Don’t you hate it when you are totally into a character and fully invested in their story and then they do something so different from who they are that it jars you right back to reality? Janice Hardy has great advice on how to avoid this in your writing.

Are Your Characters Contradicting Themselves? 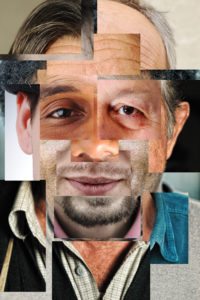 Back in June, I caught that nasty flu that was going around and spent a few miserable weeks napping and watching a lot of TV. One of my distractions of choice was the show, Bones. It had been a long time since I’d seen the first few seasons, and while it was fun to re-watch them, one thing did annoy me.

The character Temperance “Bones” Brennan is a world-class forensic anthropologist who is very literal-minded and repeatedly says she doesn’t like psychology and doesn’t do motive.

Writing is all about characters and why they do what they do. Motive is what’s driving every character to act—especially in a mystery.

Someone who doesn’t understand why people act and how emotional minds work would never be able to write great mysteries.

It’s a TV show, I get it, they wanted to make her famous and awesome on multiple fronts. And for all I know, her books are more procedural and less character, but that’s not how they’re described or referred to in the show itself.

One major aspect of the character, Bones, contradicted the core of who she is—and that bugged me every time they brought it up.

If you liked this article, please share. If you have suggestions for further articles, articles you would like to submit, or just general comments, please contact me at paula@publetariat.com or leave a message below.

Quick Link: 5 Reasons Why You Should Write a Novella